The project was made during the course "Big Buildings in Context" where the enormous program of the national broadcaster was to be facilitated between two large parks. Our proposal draws on the specific character of a broadcasting corporation where vast areas are needed for studio, technical and storage purposes. Our conceptual approach emphasized this as an integral part of a production corporation and in effect produced the idea of the "production base" slotted into the landscape, in effect minimizing the apparent built mass above ground. Together with the need for light filled office spaces, a twofold project was manifested: the rugged, dark and earthed production base and the adhering light and flexibly structured workplaces above. Further drawing upon this contrast, visual and tactile discoveries helped shape a unique character of light and structure. 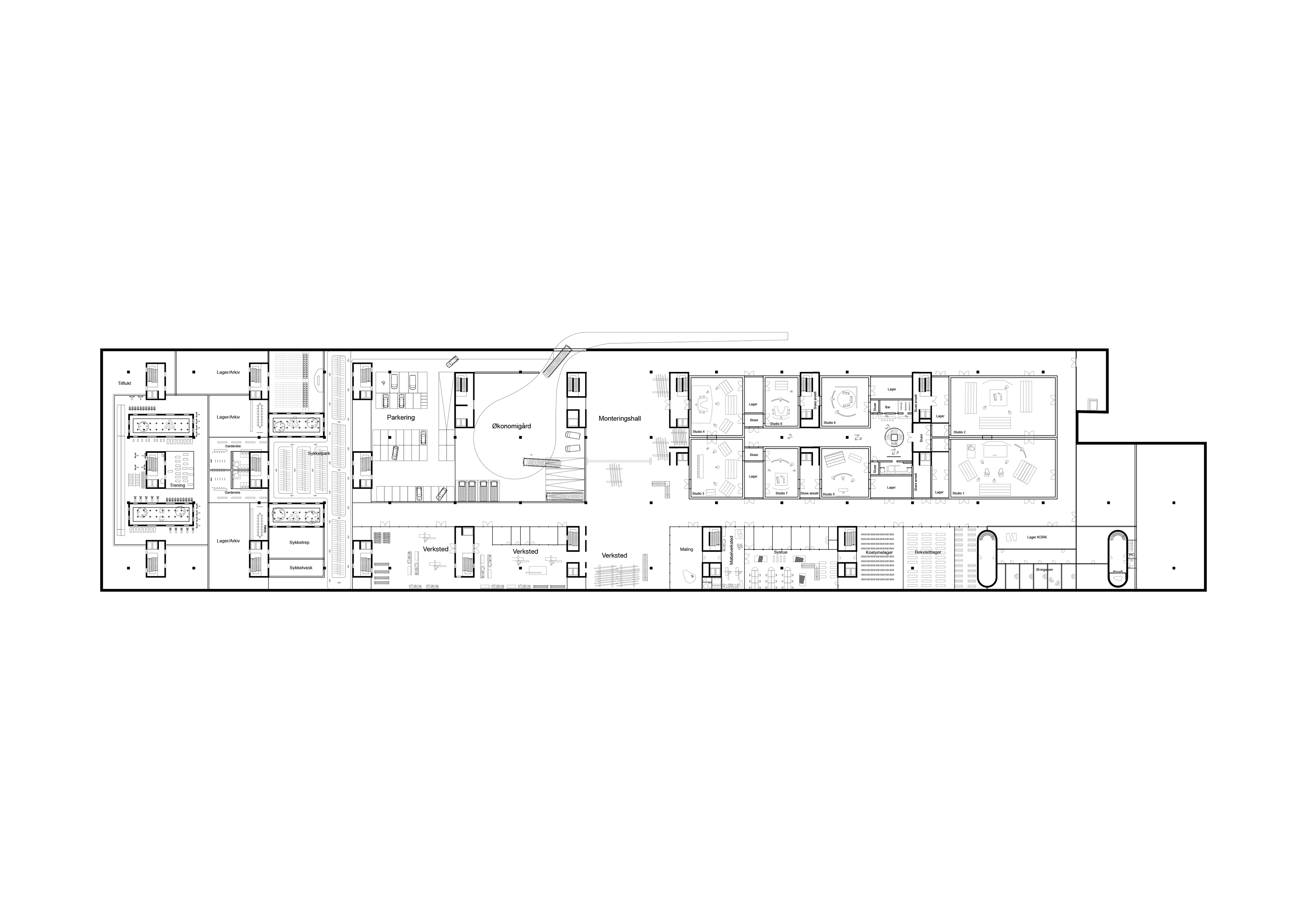 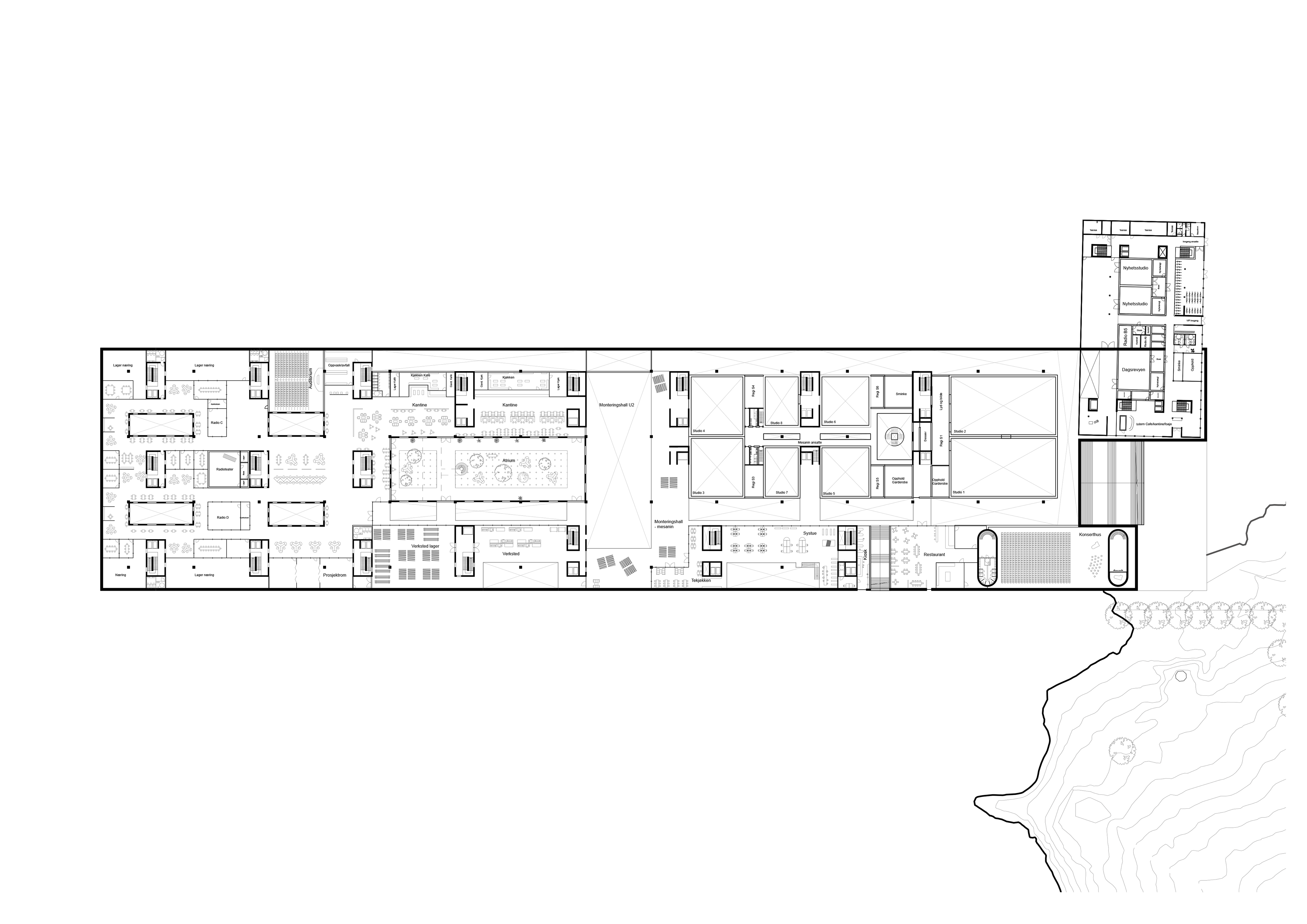 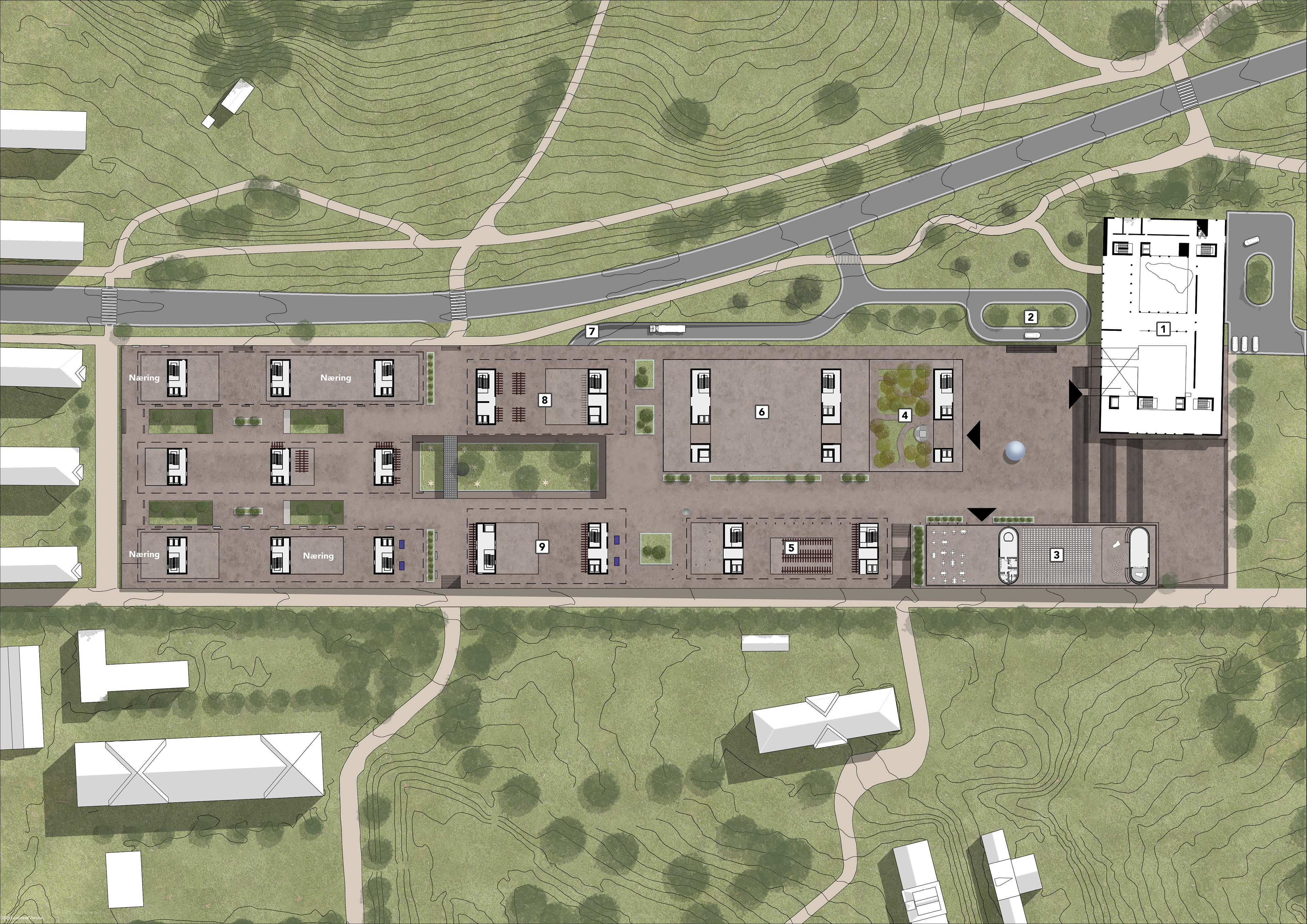